It all started in mid July when I was invited to be the honourable Godmother of MSM Douro, one of MSM’s New building projects in China.

Our trip started on the 30th July when delegations from Cyprus, Norway and Poland flew to China to attend the christening ceremonies of MV Onego Bora, MV MSM Douro and MV MSM Dolores at Huanghai and Rongcheng Shipyards in Shidao. 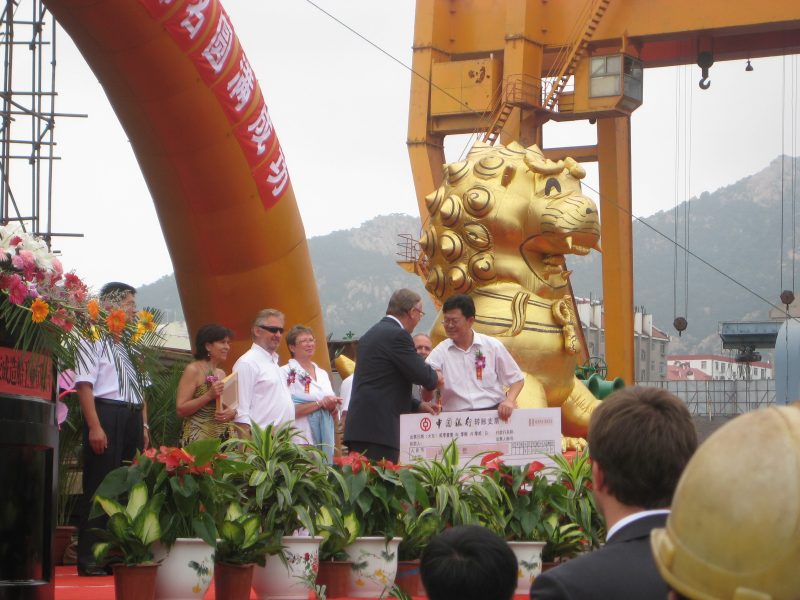 The three lovely Godmothers were; Mrs Anthi Yiatrou, wife of Mr. Panikos Yiatros, Mrs. Marina Papaioannou and Mrs. Malgorzata Sobisz accompanied by their families. Captain and Mrs E-H Adami, Mr and Mrs Sergey Kremenskiy of Onego Shipping & Chartering, Mr and Mrs Neophytos Ioannou also joined the group. We arrived at Weihai airport on the 31st July and were welcomed by the President of Huanghai Shipyard and after a short drive we arrived at our hotel . Here the shipyard had kindly arranged for a lovely welcoming dinner which was our first meeting with the local Chinese cuisine and the famour moutai wine. 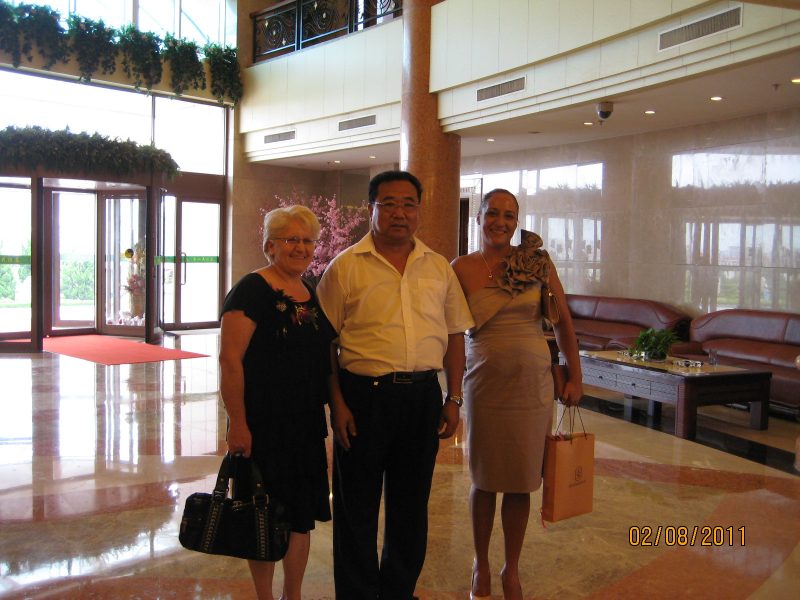 at the shipyard. Upon arrival we met the MS M Supervision Team and Captain Joel Bernasol. Together we were treated to a very interesting tour of the shipyard where we saw parts of the new building project, an unknown sector and a fascinating experience for most of us.

All arrangements were prepared by the shipyard and after the speeches held by the President of Huanghai Shipyard and Captain E-H Adami, the Godmother Mrs Anthi Yiatrou cut the rope and sent the Champaign bottle straight onto the vessel’s bow. Hundreds of fireworks were launched to complete this fantastic event which was followed by a lovely lunch. 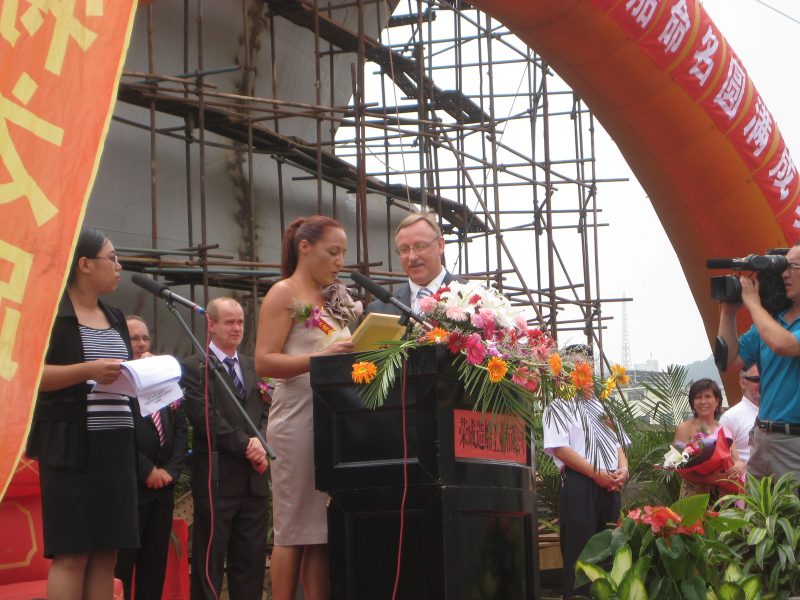 Early the next day there was an arranged trip to the wonderful Shidao Shaolin Temple where one of the biggest Buddha statues in the world is on display. Around noon we left to Rongcheng Shipyard for the joint christening ceremonies of RC-24/25. We were met by the President and Management of the yard, the Governor of Shidao Province and delegates from Bank of China and CCS. After the opening speeches the undersigned Mrs. Marina Papaioannou succesfully cut the rope and MSM Douro received her name. A few minutes later Mrs. Malgorzata Sobisz was equally successful in cutting the rope, beatiful fireworks went off and the last vessel MSM Dolores had now been named. 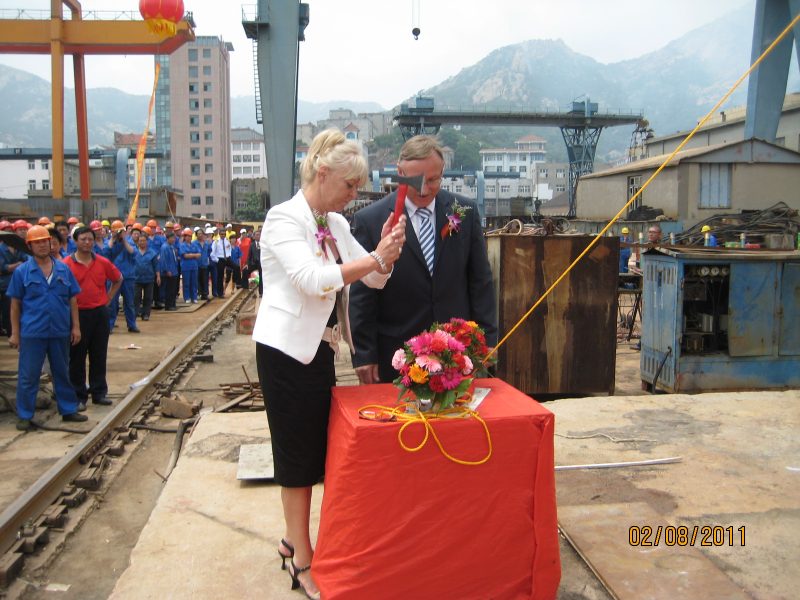 On Wednesday 3rd August we flew to Beijing. We visited the Xiamen Square, the Forbidden City, a Lama Temple and the National Museum. We also saw fantastic ‘Kung Fu’ and ‘Acrobatic’ Theater performances. We enriched our knowledge of this beatiful country by visiting the ‘Tea House’, the ‘Pearl Farm’ and the ‘Silk Factory’. At the Chinese Centre of Health we had a full check up by local doctors, interesting indeed! 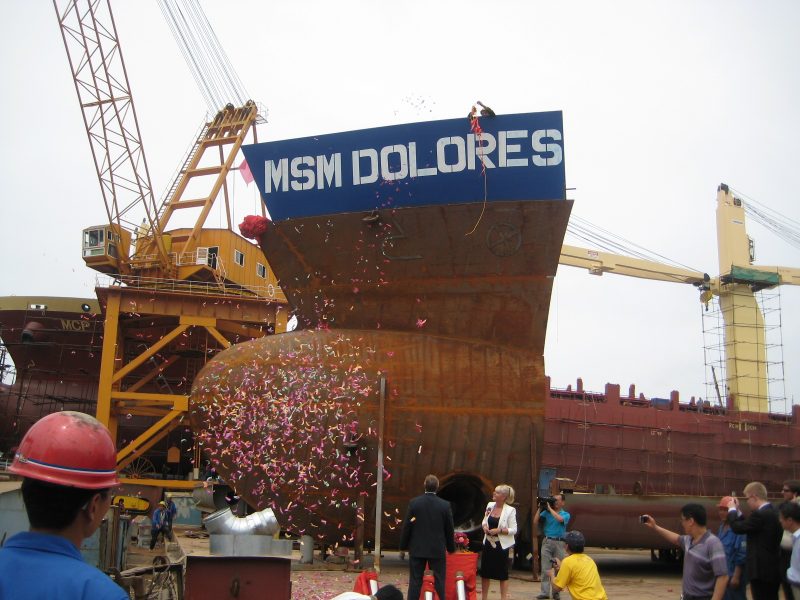 Saturday 6th August the new Airbus A280 flew us home after this dream journey to China. These days were amongst the most beatiful days of my life. The ceremonies were fantastic and perfectly organised, thank you to the Management of the shipyards for creating such a wonderful and welcoming atmosphere for us! This will always be an unforgettable trip for me, not only because of what we have seen and experienced but also because of all the wonderful people I had the opportunity to meet. Especially all of Mastermind’s guests to whom we owe beautiful memories of the trip.

Last but not least a big thank you to Captain Adami and Fannie for the honour and opportunity they have given me so I could have the most remarkable journey ever!